On the 14 June, it was our privilege to meet with two representatives of the Experimental Fund for Youth (Fonds d’expérimentation pour la jeunesse), based in France to discuss their views on experimentation in public policy.

The French Government funds the Experimental Fund for Youth (known as FEJ), established in 2009, to give 3-year grants for public policy experimentation. Since its foundation, it has funded 800 experiments and has produced 300 evaluations of its experiments.

Chloé Michaud, part of the FEJ’s results team, spoke of the importance of the evaluation, “Everyone understands experimentation different ways. All parts of an experiment are important but evaluation is key. Too often the government wants to start expanding a project before the evaluations have even been done.” 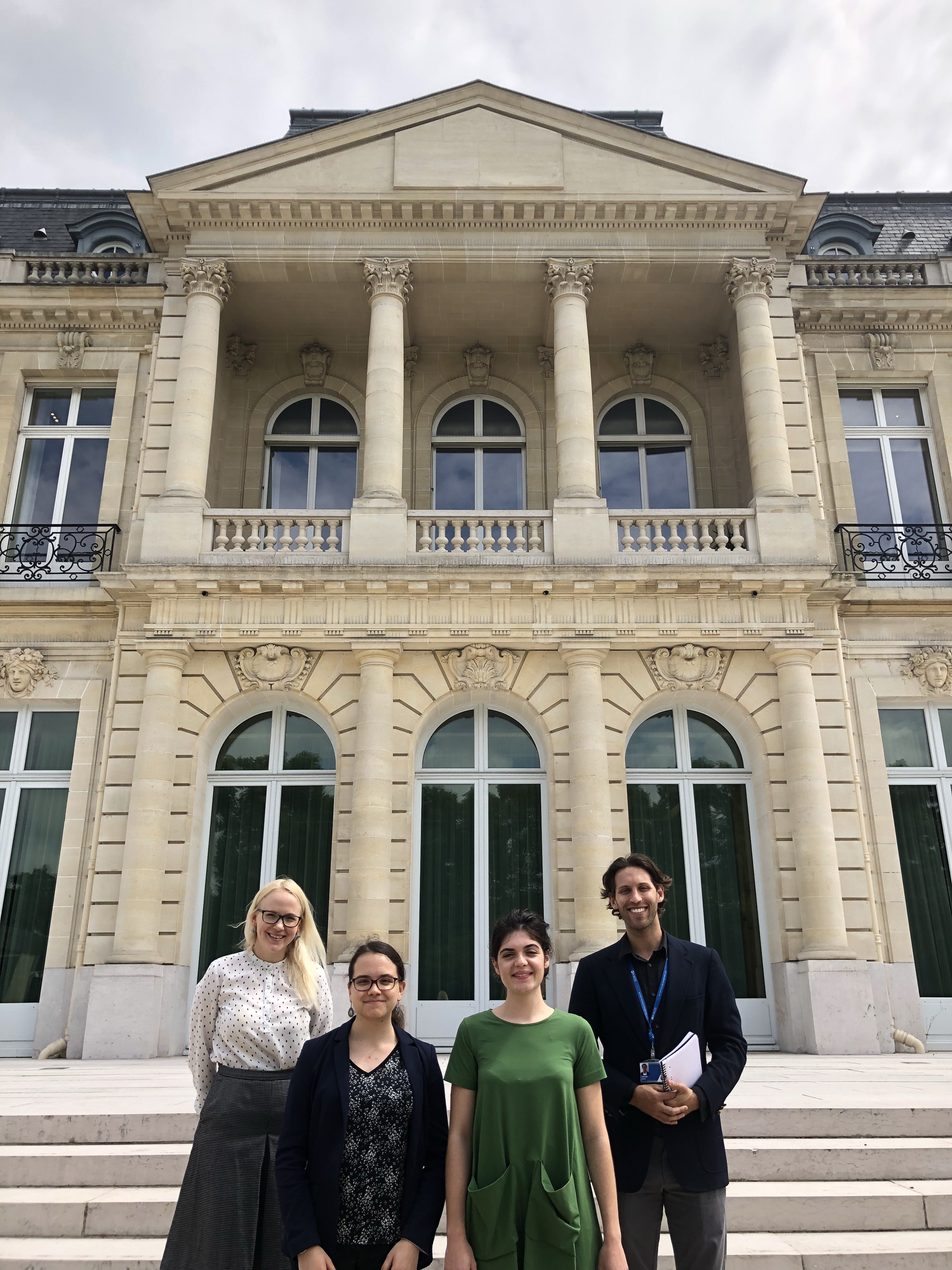 The FEJ’s most notable successful experiment resulted in the “Garantie jeune”. In France, workers above the age of 25 are covered in situations of unemployment by a social program called RSA, which provides financial support. French young adults between the ages of 18 to 25 cannot benefit from RSA, and this creates a gap in the spectrum of services available to people in this age group and, of course, issues with the people needing this kind of support but not being eligible to have access to it.

To come up with a solution, the FEJ funded a three-year project to experiment around different ways to provide support for 18-25 years, and the end result was Garantie Jeune, which provides training and in some cases financial support to this age group.

As a global forum for public sector innovation, OPSI can take a birds’ eye view of how organisations operating in a similar way compare and contrast. Piret Tõnurist, OPSI Innovation Specialist, said that in comparison to other international actors that play a similar role to the FEJ, it is unique in that it is an innovation lab that distributes grants. Typically, most innovation labs usually serve the purpose of building capacity.

FEJ representative Maeliss Gouchon talked about how the lab addressed the legality of its work.  “Under French law, every citizen must be treated equally. The corollary of that is that subjecting citizens to different treatments from the government would be considered unequal. Yet, experimentation, with its need for control versus treatment groups, by its nature requires us to treat some different to others.” The French Parliament surmounted this obstacle in passing a law in 2003 that allowed unequal treatment exceptionally in the unique cases of experimenting on citizens.

Tõnurist noted that this same problem occurred in Finland, another country (alongside the UK and Canada) which prioritises the use of experimentation in public policy making. Other countries have bypassed this unequal treatment question by outsourcing the experimentation so that it is not the State itself acting.

Risk and failure in experimentation

Experimentation can feel risky for governments, which have been historically relied upon to smoothly manage policymaking and dependably deliver services. Labs play the role of developing workable solutions but they also play a role in cultural shift, in the way that they manage and talk about risk and failure. “Part of your portfolio should have failures. If every one of your projects is a success, I think there is a problem with how you select your projects,” said Tõnurist. People working in labs need to find effective ways of making this message resonate, if government is to pursue policymaking in this manner. Conversation also turned to rigour of evidence – if experimentation is difficult and large scale experimentation, in the form of Randomised Control Trials, are hard to run due to their size, how can labs create the kind of compelling data that would sway decision makers to act?

Tõnurist affirmed this difficulty, noting that countries may need to run a continuum of experiments to develop robust evidence. Taking the example of Finland, which has performed one short-term experiment on Universal Basic Income, it may need to develop multiple experiments with differing populations all across the country to fully understand the implications of such an intervention on employment and societal well-being.  This helps policies being rejected outright before they have been tested to a statistically significant degree.

It’s always good to catch up with innovators working in the field and hear about their practice. You can connect with fellow innovators by joining OPSI’s community platform. Sign up here.